Can Sleep Apnea Be Treated With Oxygen Therapy In Greensboro NC?

Oxygen Therapy in Greensboro NC is a treatment that can be used for sleep apnea. Snoring typically becomes more prevalent as people get older, a common problem that affects 40 percent of the men in a population. Women also experience it, with 24 percent of them being habitual snorers.

Mild snoring is harmless but can be annoying to the people around you. However, snoring may be a symptom of a sleep disorder called sleep apnea that requires treatment.

What Is Sleep Apnea In Greensboro NC?

Sleep apnea is a severe disorder that occurs when you stop breathing while asleep. If left untreated, it causes severe problems such as high blood pressure or heart trouble.

Sleep apnea is different from primary or regular snoring. Regular snoring can occur because of sleeping style, use of alcohol, throat or nose conditions, or old age. Sleep apnea and primary snoring happen when the tissues at the back of your throat vibrate.

However, sleep apnea is different as people who have it snore louder than regular snoring would sound. They also take over 10 seconds to pause as they breathe. An individual with sleep apnea is usually restless and takes shallow breaths, and can gasp or choke while asleep.

There are three types of sleep apnea. The most common type is obstructive sleep apnea. It happens when the soft tissue at the back of the throat collapses, causing a partial or complete blockage of your airways while you sleep. When this occurs, your chest muscles and diaphragm work harder than they usually do to open the blocked airways. As a result, your sleep becomes affected.

The second type is central sleep apnea, which involves no blockage in your airways. Instead, problems in your respiratory control center cause your brain not to inform your muscles to breathe. Central apnea has a relation to how your nervous system functions. It mostly happens to individuals with neuromuscular conditions like amyotrophic lateral sclerosis.

The theory about giving sleep apnea patients oxygen while they sleep at night has logic on its surface. Pausing repetitively in breathing can lower the oxygen levels in your blood at night. As a result, supplemental oxygen can reduce the risk of problems resulting from sleep apnea by stabilizing your oxygen levels.

Unfortunately, the use of supplemental oxygen can result in dangerous outcomes. While it stabilizes the oxygen levels in the blood, its effect has been negligible on the condition and its root cause. Patients who have undergone it have experienced drowsiness during the day. The oxygen also does not target the carbon dioxide forming dangerous levels during the night.

The Reality About Oxygen Therapy For Treating Sleep Apnea

Sleep apnea often occurs due to the collapse of the tissues found in the back of the throat that can close the airways. The use of oxygen without relieving obstruction in the airways increases carbon dioxide levels. Patients wake up with severe headaches and confusion.

If the blockage of the airwaves does not get treatment using bilevel therapy or surgery, your lungs will not receive oxygen.

For more about sleep apnea, call the Pain and Laser Centers of North Carolina at (336) 815-5800 for our office in Greensboro NC. 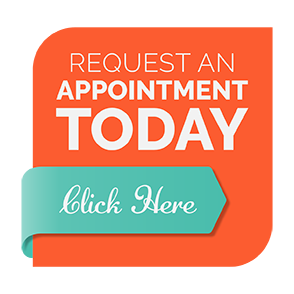